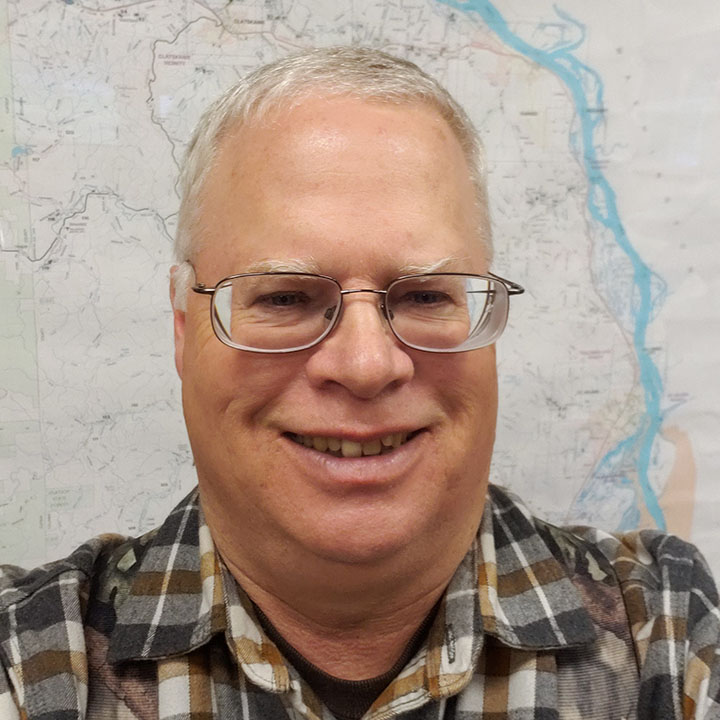 Lonny graduated from Rainier High School in 1976, and from Oregon State in 1981 with a BS in Geography. He served in the US Army as a Combat Engineer, then as a Civil Affairs Officer, retiring as a Major with 24 years. He has been working as the Columbia County Road Department Transportation Planner for 17 years. He has been active with the SBW Council since 1998, and served as Council President from 2008 to 2016. He is also a member of the Lower Columbia River Watershed Council.